Things to Do in Morocco – 20 Top Attractions 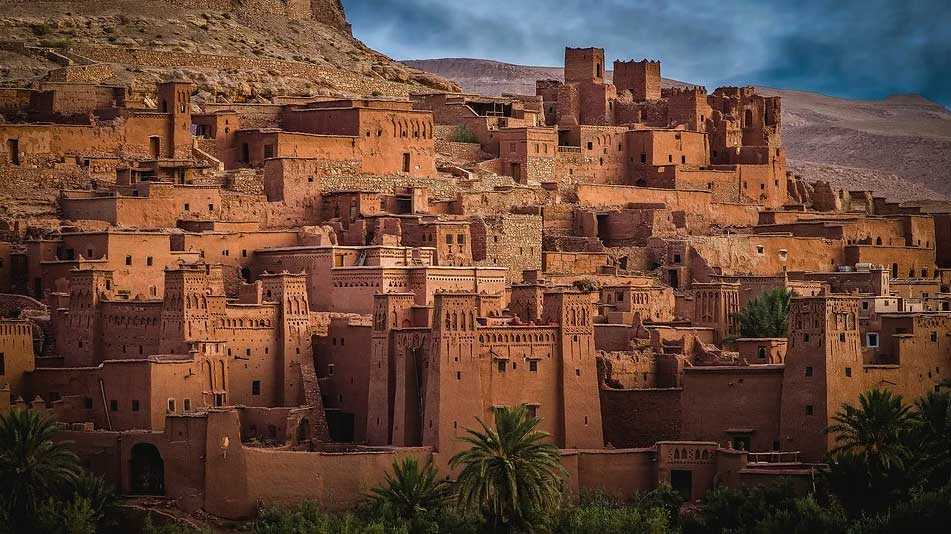 20 Top Things to Do in Morocco

Morocco is an attractive multicultural country blended from Arab, African and Western influences. It is our closet link to the African continent and a diverse holiday place. The country provides an amazing amount of culture, history, art and music along with a best geographical landscape incorporating the Sahara desert, the Atlantic coastline and the snow-capped Atlas mountains. Discover the best things to do in Morocco.

Here are some of the best things to do in Morocco.

Fes is the oldest city in the Morocco and the Medina is a World Heritage place.
There is nowhere in Morocco that has quite the vibrancy and Fes culture, and in particular the Fes el-Bali, so a visit to it should be essential place on your itinerary.
It is valuable paying for a guide to take you via its maze of streets and to present you the vital sites and describe some of its history.

A holiday in Morocco is not complete without a Marrakech extensive visit, the Imperial City Morocco placed at the base of the Atlas mountains.
There are lots of things to do in Morocco, but you should visit the Jamaa el Fna in the heart of the old city.
This square is the house of orange juice stalls, dancers, snake charmers, and storytellers, peddlers and magicians.

To experience a desert sunrise is an memorable experience and the best things to do in morocco is at the Erg Chebbi or Merzouga sand dunes.
Some of these dunes tower over a 160 metres top and support an extremely diverse wildlife of flora and fauna. You will find pink flamingos fishing in the lake and lots of rare birds taking a break from their spring migration.

There is no other site in the planet that is pretty like the Dades Valley, which translates the Red Valley, via red is not the just colour you will experience.
The mineral-rich Dades Gorge sparkles in lots of hues of blue and green as well as red and white.

The High Atlas area is the heartland of the original Berber people. They have inhabited what is now Morocco for at least 5 millennia, and is this where their distinctive culture is most visible. The place provides many challenging treks that will take you via traditional Berber villages, permitting you to experience the domestic way of life and the renowned Berber hospitality.

As Morocco biggest city, Casablanca is one of the key gateways to the country, and although it is not counted among the key visitor places, there is a lots of there to engage you for a day or two. Casablanca ones unmissable place is the majestic Hassan II Mosque, and their points of interest contain the medina as well as the city’s lots of art deco buildings. While there, you can also enjoy a seafront stroll among the renowned Corniche.

After the hustle and bustle of Marrakech and Fes and the amazing sights of the desert at Merzouga and the Dades Valley, you must visit Essaouira beach. The Atlantic coach beach is a favorite of kite and wind surfers due to the generally shallow waters. It was once a favourite haunt for Jimi Hendrix and Bob Marley, though times have moved on since then.

Although it might be the capital of the Morocco, it is only the 7th biggest city in Morocco, perhaps one of the reasons Rabat feels more simple-going and manageable than some of the other locations that draw of the visitors. It does get as many visitors as locations like Marrakech or Fez. Anyway, with a UNESCO-listed medina, the Kasbah of the Udayas and the twelve century Hassan tower among others, there are many attractions to merit at least a couple of days of exploration if you are wondering things to do in Morocco.

Another of Morocco remarkable cities, Tangier presents its historical influence from Spain, as well as France, just thirty km across the Straits of Gibraltar. The city boasts a little but amazing medina that contains the Grand Mosque, several Kasbah and the souks, the fortified former palace of the sultan. Due to its amazing place, the place oozes history, but if you want to chill, there are some perfect beaches too.

The Historic City of Meknes, this stopover on the route from Rabat on the Fez coast under the rises of the Atlas Mountains, is a remarkable to wonder at the country’s fusion of Moorish and Spanish styles.
Raised to greatness by the Moulay Ismail sultan during the eighteen century, it is got an amazing medina that begins with motifs and crenulations of the great Bab El Khemis Gate and ends with the stylish filigrees and inlays of the Dar El Makhzen royal palace.
Definitely, there is also a traditional souk here – even if it is much little than the one at Marrakech and Fez along with more spice-scented tagine homes than you can shake a dried apricot at.

Once your flight into Morocco, you will definitely be capable to view the gigantic Atlas mountains from the window of the plane. Anyway, it takes a hike in the mountains to realise how huge they really are. The highest peak, the Jebel Toubkal, calculates a staggering 4,169 metres and is among Africa tallest. The demanding climb is value it though for the amazing views of the Morocco beauty. A surprise to many is that there are 7 ski areas with a total of thirteen kilometres of piste in Morocco’s mountains.

The endless sea of silence that is the Sahara Desert contrasts hugely with Morocco dynamic cities. Boundless distances, big sand dunes and an amazing silence have given many hikers the feeling that the desert has secrets of its own.
Range Rover take visitors into the desert where saddled camels wait to start the trip. You head out into this seemingly never-ending mass of sand between the humps of these desert animals. Generally, you sleep in real Berber tents or beneath the starts. A desert trip is something you just have to experience so you can learn that unique feeling of silence and endlessness.

Morocco has countless perfect sandy beaches to provide where you can get that true holiday feelings. Between the middle of March and September, the trade winds offer the best situations for kiteboards and surfers, and since Atlantic coast alone is three-hundred kilometres long so it would be ridiculous if you could not find your dream beach here. Some of them are even fully untouched by tourism. The long beach is Agadir is pretty a famous choice. Here you can enjoy sunbathing under the sun of Africa, cool off in the clear and pleasantly hot sea or stroll along the beach promenade. The perfect sandy beach of Asilah is also a famous location among sun worshippers. Here, they provide beach trips, both on horseback and between the humps of a camel, for a welcome change.

A cocktail of the Andalusian control and the traditional Berber character (which remains powerful here than in most all other cities found cascading down the ridges of the Rif Mountains in the country north), Al Hoceima is a wonderful and chilled location.
Its place is really sweet, with shimmering beaches of gold sand spilling out onto the Med between rocky walls of cliffs.
Additional, a clutch of best hotels and wonderful teahouse aside, the center generally doffs its cap in taste of the famous Rocade road that runs along the coast to the west and east.

Built in the twelve century, the Koutobia Mosque is the not just the biggest in Marrakech, it is also one of the most famous building in the Muslim globe. Throughout Spain and beyond you will view echoes of its intricate geometric stone work, stylish arches and imposing square minaret.
At 220 feet/61 meters it was pretty a climb for the 5 daily calls to prayer in pre-elevator times, so a rise ramp was fixed for the muezzin to ride on horseback to the summit.

Bahia translates as Brilliance, placed by the medina, on the northern edge of Jewish Quarter, or Mellah, the Bahia Palace was once the nineteen century residence of Si Ahmed Ben Musa, the Grand Vizier of Marrakech, who lived here with his 4 wives, twenty-four concubines and many children.
The palace, a famous architectures Islamic style building, is one of the city’s most visited attractions, a richly decorated masterwork that was intended to become the biggest palace of all time. Although finally failing a pretty short of its aspirations, elements of the complex design work are exquisite. The stylish floor to ceiling embellishment took over seven years to complete, and contain inlaid wooden, intricate mosaics, glided finishes and molded stuccos.

The Majorelle Garden is one of the most magical locations in a city with no lack of enchantment. Its founder, Jacques Majoreele (French painter), fell in love with Marrakech in the early twenty century and after developing this amazing oasis, opened it to the public in 1947. Apart from the big range of exotic plants, including towering palms and rare succulents, the most distinctive spec is the intense, almost psychedelic shade of blue used in the gardens buildings and walls.

The Saadi dynasty, which dominated much of country in the sixteen and seventeen centuries, is closely identified with Marrakech, and some sixty members of the ruling family are now real residents. Assuming your reverence for long-dead Moroccan sultans is limited, the key reason for visiting the Saadian Tombs is the amazing decorative work on the buildings which house them. Amazing geometric mosaics, minutely detailed stonework and calm courtyards evoke comparisons with the Alhambra.

The Atlas film studio is one of the world’s biggest film studio. With a history dating back to the early 1960s, the studios boasts an amazing pedigree, having hosted iconic movie sets like Gladiator, Arabia, Star wars, famous movies like the Mummy, and even scenes from recent TV hit Game of Thrones. 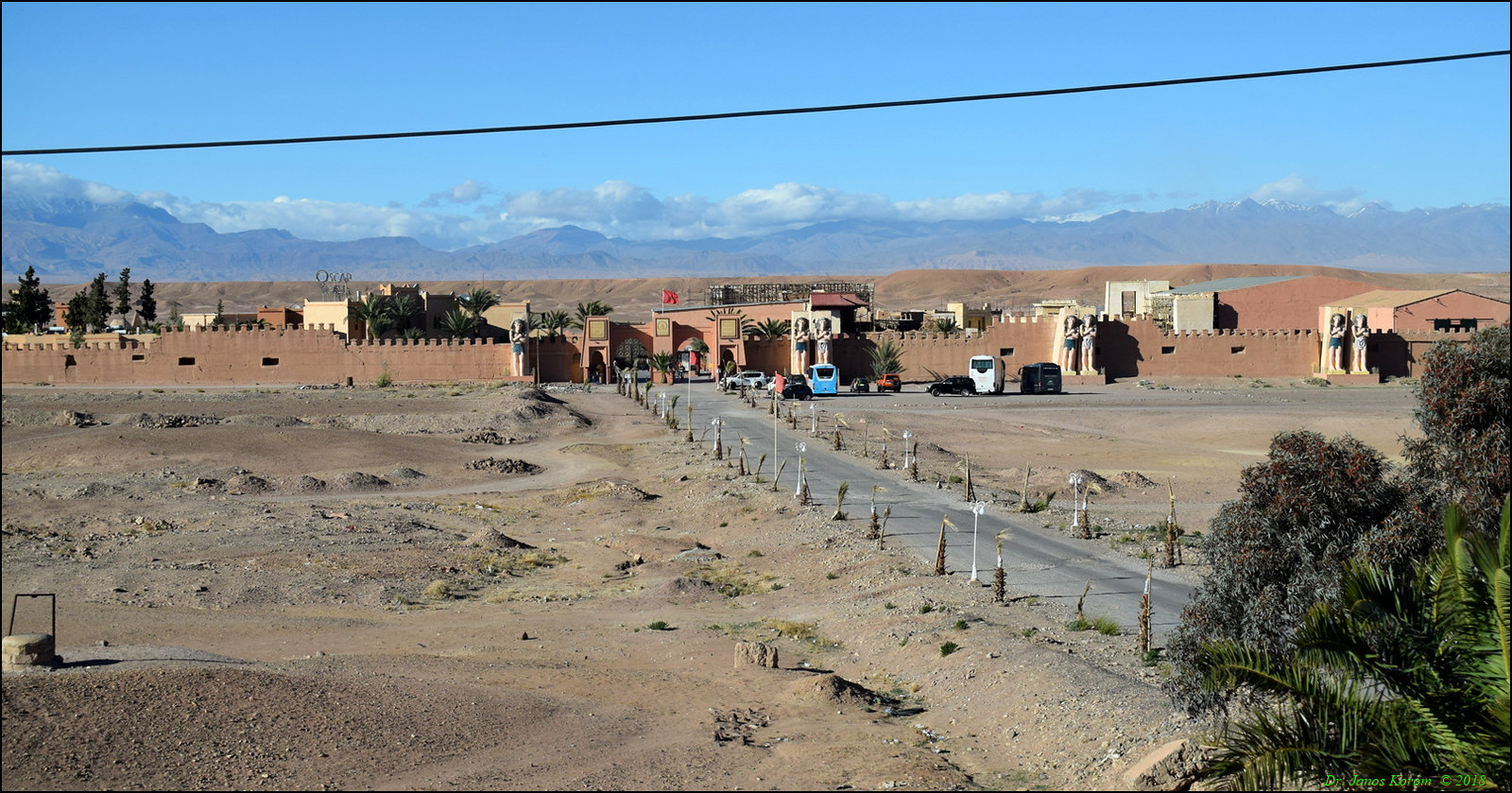 These big dunes formed by golden wind-blown sand provides an iconic flavor of the Sahara’s continually changing landscape. Spanning more than fifty kilometers close to the border to Algeria, these towering shape shifters prove a place for tourists and locals like. While nearby Merzouga is considered the visitor center of this place, it is the overnight journeys, either by camel, foot or 4 x 4 into the desert that offer visitors to Erg Chebbi with the quintessential Moroccan escape.

Discover more attractions, fun activities and the best things to do in Morocco.