Things to Do in Cairo – 20 Top Attractions 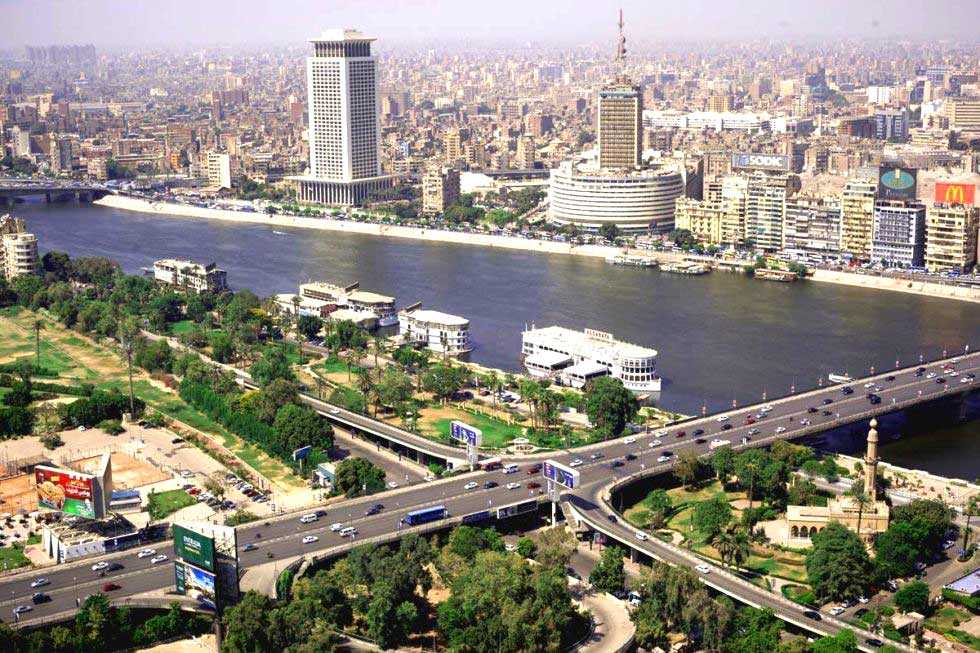 Top 20 Best Things to Do in Cairo, Egypt

The capital of Egypt and one of the most rich civilization around Nile, Cairo is considered to be a melting pot of history. It was founded in 969 by Fatimid Dynasty and was famous as Al Qahirah, which literally means the Defeater. From a very old necropolis to a remarkable modern city, Cairo has transformed itself at quick pace. Today Cairo is the biggest and most prominent city in the Arab globe as well as in Africa. It is also a economic and political center of the area. Cairo has an amazing history, where one can view the amalgamation of diverse history and cultures since very old times. It is house to popular pyramids, Roman ruins, churches, medieval mosques and very old city of Memphis. Here are the things to do in Cairo:

Here we highlight some of the best things to do in Cairo, Egypt:

The Cairo Citadel is a medieval Islamic fortification placed on Mokattam Hill in the heart of Cairo. It is trusted to have been constructed in the early twelve century. The Mosque of Muhammad Ali is the centre of the Citadel is a grandiose Ottoman structure, constructed during nineteen century. This big landmark can be seen far away, with big minerals and domes defining Cairo skyline. The architecture has a stunning resemblance to the one in Istanbul, as it was built by the same model as Yeni Mosque in Istanbul. The external facade style was mainly borrowed from Ottoman period, ironically making it the least Egyptian amongst other monuments.

2) The pyramids of Giza

There is probably no other city in the planet where new architecture is topped by such a wonderful 4,000 year old complex of royal pyramids, causeways and temples. Any trip to the Egyptian capital must begin with these wonderful creations. They go from Menakaure, the little pyramid, to Khafre, the second biggest, to Khufu, better known as the Great Pyramid of Giza. To reject the smog, head down in the afternoon.

Coptic Cairo is an Cairo old area where the ruins of old Babylon are found. Babylon fortress was constructed by Persian in pre-roman, Pre-Islamic age. It is known as the Christian Cairo for the presence of different orthodox Christian monastery and churches. In the smaller region of Coptic Cairo, it also contains a mosque and synagogue. The history of this quite side of Cairo dates back to seventh century AD. It can be explored by foot and it is easy to visit all the churches even during services. Amazing old structures posses stunning interiors and architecture and best things to do in Cairo.

Islamic Cairo is a historical old center of Cairo and the real city founded in tenth century. This is one of the world’s oldest islamic city centres, madrasses, hosting mosques, squares and hammams. One can find Ottoman, Byzantine, Persian and Arabic influences in this little area tucked inside an old quarter. Some of the vital Islamic monuments value visiting include Al-Azhar Mosque, Mosque of lbn Tulun, Al-Hakim Mosque, Midan Salah ad-Din and Qalawun complex.

5) The Egyptian Museum Of Antiquities

Back in the heart of Cairo, just outside Tahir Square, visitor will find the Antiquities Egyptian Museum, one of the many museums in the city that invite people to explore Egypt sweet past. Definitely a must-view while in town, the museum houses a special collection of more than 160,000 pieces of very old Egyptian History. Take the time to browse via the museums chambers, dedicated to some of Egypt most rich dynasties, and discover what life was like during the reign of the Pharaohs.

Stretched for 1 mile, this side of Cairo is the oldest location of settlement and religious worship in the area, combining Christian, Islamic and Jewish histories. Taking in the warren of narrow streets, you will find yourself a religious and cultural crossroads. Discover the Amr mosque the first one to be built in Cairo and things to do in Cairo, the Ben Ezra Synagogue, dating back to the nineteen century, as well as some of the world’s oldest churches such as the St. Gergius church, or the hanging Church of the Virgin Mary, erected in the fourth century.

Step into the Medieval Islamic Cairo for an oriental fantasy tour into the spices land, luxury perfume and fabrics. The area shows several mosques and monuments from the Islamic period, but its gem is undoubtedly the Khan el Khalil Bazaar. Established in the fourteen century, it is one of the world’s first markets, as well as a maze of narrow and winding alleys. Almost anything can be bought here and if one merchant does not have what you are looking, he will be happily find somebody who does.

Measuring 4,150 miles from end to end, the Nile River is the world’s best longest and arguably the most vital in the area. Egypt some 83 million locals, living along the edge of the pitiless Sahara Desert, have forever relied on the waters of the Nile for basic sustenance.
More than 240 riverboats sail down and up the waters of the Nile River between Aswan and Luxor, and cruising on one of them tops many as Egyptian travel itinerary.

This 187 meter high-tower is Cairo second most popular landmark after the Pyramids and best things to do in Cairo. Commissioned in 1961 as a stylized lotus plant, the towers 360-degree views are top enjoyed late in the morning, after the smog of the city below burns off. Guests can book a table at the Sky Garden cafe, which sits 1 floor down from the observation deck and provides some remarkable dinner-time panoramas.

The Memphis city was the capital of very old Egypt. It was the Kings residence and the administrative and political center until around 2,200 BC. It had remarkable fortifications and temples, largely to Ptah, the god of art works and creation. Estimates of population change from 6,000 to 30,000 but either way, it was one of the bigger, if not the biggest, cities of its era.

Qarafa, the city of the dead, is two four mile long cemeteries – a south and north cemetery dating from Mamuluk times and is still in use today. Some families have been live in the tombs for generations, some arrived more recently after the 1967 was displaced them from the canal area. The north cemetery has more people reseeding it and guesses are up to half a million people live there. These days there are cafes, shops, and even a post-office within the cemeteries.

Ben Ezra Synagogue used to be Christian location of worship by the name of El-Shamieen Church and best thing to do in Cairo, the building was built on the right place where Moses was found as the baby in this basket. Anyway, when the Coptic Christians owing it were not capable to pay the yearly taxes imposed by the Muslim rulers any longer, they had to sell the Church. It was sold to Abraham Ben Ezra, who bought the building in 882 AD for 20,000 dinars and changed it into a Jewish synagogue.

After witnessing the amazing life in Islamic Cairo and Coptic Cairo, return to Al Azhar Park. The park has been created out of a junk mound at Al Darassa Hill, which was accumulated for over five-hundred years. This great urban initiative was commissioned by culture Aga Khan Trust, simultaneously relocating and saving historical monuments in the place. This mammoth landscaping project has changed the rubbish hill into the world’s biggest public areas. Lush green gardens of the park are a relaxing relief after the hustle and bustle of the city. The park contains a museum and an Urban plaza with very old Egyptian cafes and restaurants.

Ibn Tulun mosque is the 3rd biggest mosque in the planet and thing to do in Cairo. It is also the oldest surviving mosque in the city, maintaining its real form. The mosque was commissioned in 876 AD, which makes it older than the Cairo city. This mud brick monument is pretty simple and different from other monuments around the town. The key spec of this mosque is its spiral minaret standing on a square platform, which is pretty special. The interior of the mosque is decorated with wood and stucco work is done in Samarran style.

If you love party and music, then this is fully for you. Cairo Jazz club is a must-visit to enjoy the top of bands in Cairo. You will experience the top of the nightlife of Cairo here. One can enjoy the best of music with the best of food here. You will definitely end up dancing on amazing music and enjoying your life completely. Do visit this club if you love dancing and music. It is one of the top things to do in Cairo at night.

Coming to Cairo and not viewing Alexandria is a sin. It had served as a Egypt capital under the leadership of Alexander the Great who had conquered Egypt at that time and founded the city of Alexandria. When here, you must also visit the world-popular library of Alexandria that will tell you a best deal about the sweet history of Egypt. All in all, it will make for a best day trip from Cairo.

Take your exploration of Cairo one step additional and traverse in the Zabbaleen cave churches. The top part about this location is that it is not crowded with visitors like other typical attractions of this city, which will support you explore it rightly and without any hassles.

Not many know about this location, which makes it one of the most amazing and offbeat locations to head down for dinner with your dear ones. The aroma itself will want you come inside and try every item on the menu. The location is run by an amazing chef and you will love his home-style cooking, but just if visit between 5 and 7 PM.

It is not just about sitting in Loft 21 and having a tasty cocktail or two. It is about what you can do in addition to having a best drink here with friends that makes it one of most famous locations in Cairo. The rooftop seating of this location is just remarkable and will provide you unbeatable views of this city, mainly when it is all lit in the evening.

Discover more attractions, fun activities and the best things to do in Cairo, Egypt.