Things to Do in Saudi Arabia – 20 Best Attractions

20 Top Things to Do in Saudi Arabia

Discover The Kingdom of Saudi Arabia, one of the fastest-growing travel destinations globally. Saudi Arabia offers a limitless expanse of desert with a few new cities emerging here and there near to little islands of green; imagine a territory larger than the United Kingdom covered by arid plains and sand, and you will have a best idea of the country. Discover the best things to do in Saudi Arabia.

Here are some of the best things to do in Saudi Arabia:

1) The Coast of Saudi Arabia

If you thought The Kingdom of Saudi Arabia was just miles and miles of desert, think again and again. Saudi has some of the top place for diving in the Middle East. Visit the Ann Ann shipwreck in Jeddah and discover the shellfish that silently surround the vessel that went down in 1977. On your dive – whether here or in locations like Farasan Banks and Jabal Al lith – you will get to view stingray, charming coral reefs, adorable little fish, and a big range of sharks serenely swimming along the deep blue waters.

In many ways, Jeddah is caught between 2 worlds. It is the historic gate to Mecca for millions of pilgrims, yet it is also a wonderful commercial centre. That the 2 are not mutually exclusive makes it all the more amazing.
Old Jeddah is simple to find, and wandering the very old street of al-Balad ones you stroll beneath tall, Hijazi-style homes built from glistening coral stone.
Here, hand carved teak balconies, some pretty changed since the town was founded in the 7th century. Museums now fill out the oldest, but this place is not a relic: there is a life here, and Souk Al Alwai, the biggest in the country, is a whirlwind of sound, scent and colour.

Al-Masjid an-Nabawi mosque, where the Prophet Muhammad is buried, is the big religious symbol for Muslims. According to the Muslim history, the 1st mosque was built here at the times of the prophets life. Later the modest holy location was set up extremely under the authority of Islamic rulers. Today the mosque stands out not just by the huge size but also by the adorable design and famous things to do in Saudi Arabia. This effect was made due to the usage of precious stones and noble marble breeds.

The Asir mountain chain, which fall down with the Red Sea, interrupts the monotony of the landscape. The altitude becomes higher and higher as you fall down towards the Yemen and even reaches 9,840 feet at Jebel Sawdah, next to the Abha town. The mountains area of Asir provides a few possibilities for amazing excursions. It is also the only location the fauna is not just flocks of dromedaries. The place is quite rich in crops of wheat, millet, and dates, and you will view gazelles, a few leopards, and baboons. To the east, around Al-Hufu there is a big area of salt marshes.

The Asir National Park is very famous with the Saudis, who come here to see some new air at the week-end. Abha also provides the chance of accommodation. The countryside, notably the view that it provides of the desert to the east, is remarkable. Anyway, though there is pretty possibility of walking in the mountains. You must go and view the ruins of the Habella village, thirty-seven miles from Abha, which is nestled against the mountainside above the terraced crops.

Midway between Damman and Riyadh lies on the oasis of Al-Ahsa, a place spanning cities, springs, souks, mountains, and 3 million date palms.
It is one of the oldest settlements on the Arabian Peninsula, and there is the best things to do in Saudi Arabia. The area is amazingly diverse. While ninety-five percent of Saudi Arabia is desert, Al-Ahsa bubbles with 150 natural springs.
A visit to Al-Hofuf also lets you explore the amazing markets of Al-Qaisariya Souq and historical walls of Ibrahim palace, built during the primary flush of Ottoman rule.

The Kaaba is the key Muslim shrine, which during Hajj, gathers pilgrims all over the earth. The Kaaba is an unusual and extremely harmonious temple of a cubic form, the temple walls are painted in black and adored with complex painting with gliding. The height of the key Islamic shrine is 13.1 meters. For Muslims Kaaba is a type of reference point, it is just the side, to which they turn their eyes every day during prayer.

This archaeological place is Saudi firsts UNESCO World Heritage place and is popular for its elaborate facade which grips within it the imprints of the Nabatean Kingdom that existed as far back as fourth century BCE. The place consists of a plethora of monumental rock-cut tombs, most of which were not finished. The stone-carved place is pretty similar looking to the Al Khazneh facade in Petra, which is another place with amazing Nabatean history.

This center, also called as Ithra – the Arabic word for enrichment – celebrates culture, art, literature and creation in the Middle East. As such, the center contains an idea lab, cinema, extensive archives, the lthra Theatre, 2 types of museums, and a knowledge Tower among other things. Most recently, the center welcome Norwegian painter Edward Munch works for the “Landscapes of the Soul” show which is displayed across 5 pavilions at Ithra. The center special design and structure draws from the geology of the Kingdom and symbolizes the present, past and future.

The Fifa mountains, which rise higher than 1,800 meters above sea level, are approximately 100km from the southern Saudi city of Jazan and provides an idyllic visitor place. The governorate of Fifa looks like a new city with its tall buildings that touch the clouds. This mountain area in southwest Saudi Arabia enjoys usually mild weather during cold and summer temperatures in winter.
The area has many homes with special archaeology designed in cylindrical forms. The mountains place in known to have a big folk heritage place with many famous arts, folk, proverbs, poetry, judgment and legends. The area has 20 clans and tribes and famous things to do in Saudi Arabia.

Harrat Rahat is Saudi Arabia biggest lava field and comprises a place of 20,000 sq km, spreading for 300 km at an average width of 60km south of the Al Madinah holy city. Historic eruptions have happened close to Medina, notably one in 1256 AD.
The field which is gradually younger towards the north contains mostly lawa flows and basaltic scoria cones reaching up to hundred km from the rift axis. Anyway, the volcanic field also erupted some more silicic trachy to trachytic magmas, which formed little lava domes with linked pyroclasitc-flow and surge deposits.

The most famous architectural landmark of Saudi Arabia is a Arbaj Al Bait. That is the world biggest network of buildings. This complex also specs amazing height, it is the height in the country. Towers stream upwards for 558.7 meters. Abraj Al Bait is in Mecca, in the vicnity of Al-Haram and other Islamic shrines. The complex of buildings homes several hotels that each year welcome more than five million pilgrims from around the planet. Further, there is a big shopping mall and different dining locations.

The Al-Rahma Mosque, which is also famous to many visitors as the Floating Mosque, is considered to be the most charming architectural monument. The thing is that it is placed near the coast, so the bases of the buildings are washed by sea waves. The key building materials for the construction of the mosque was marble. The building looks amazingly spectacular and is considered a real example of national architecture.

The National Museum of Saudi Arabia is best thing to do in Saudi Arabia is considered the key state museum of the country. Its big collection of exhibitions is no equal. For the ease of visitors, the shows are divided into 8 thematic sections. The hall with archaeological shows is of biggest interest. Special scientific artifacts are kept there. A separate collection is offered to the history of the formation of Islam.

A real historical place is the very old cemetery Jannat al-Baqi. It is trusted that in this cemetery many famous and rich inhabitants of Medina buried. It is now not easy to find the tombs. From many tombstones there were only fragments of old stones covered with cracks because, lots of years the cemetery was in desolation. Not long so, a visitor center was built on its area.

Very amazing excursions to the archaeological place of Madain Saleh Tombs are organized for visitors of Medina. Several years ago in this place, researchers discovered the ruins of a very old city. Its inhabitants carved out their homes and built classy palaces right on the rocks. Several such amazing stone structures have been preserved almost fully to this day. How 1000s of years ago the locals managed to build such complex attractions on the rocks, still remains a secrecy for researchers.

The museum presents its visitor the new advances in the field of space exploration and amazing discoveries in chemistry and physics. During excursion, the visitors of the museums are offered to carry out amazing experiments. Most of shows are interactive. Also, educational excursions are given here for kids and best thing to do in Saudi Arabia.

The fun things to do in Saudi Arabia is the Corniche. The street is considered as the most charming in the city. When walking here, you can view decorative pools, wonderful fountains, and landscape decorations. Close to the Corniche Coast, there are famous department stores, restaurants, and shopping malls. It is just impossible to look over all the domestic attractions in just single day. 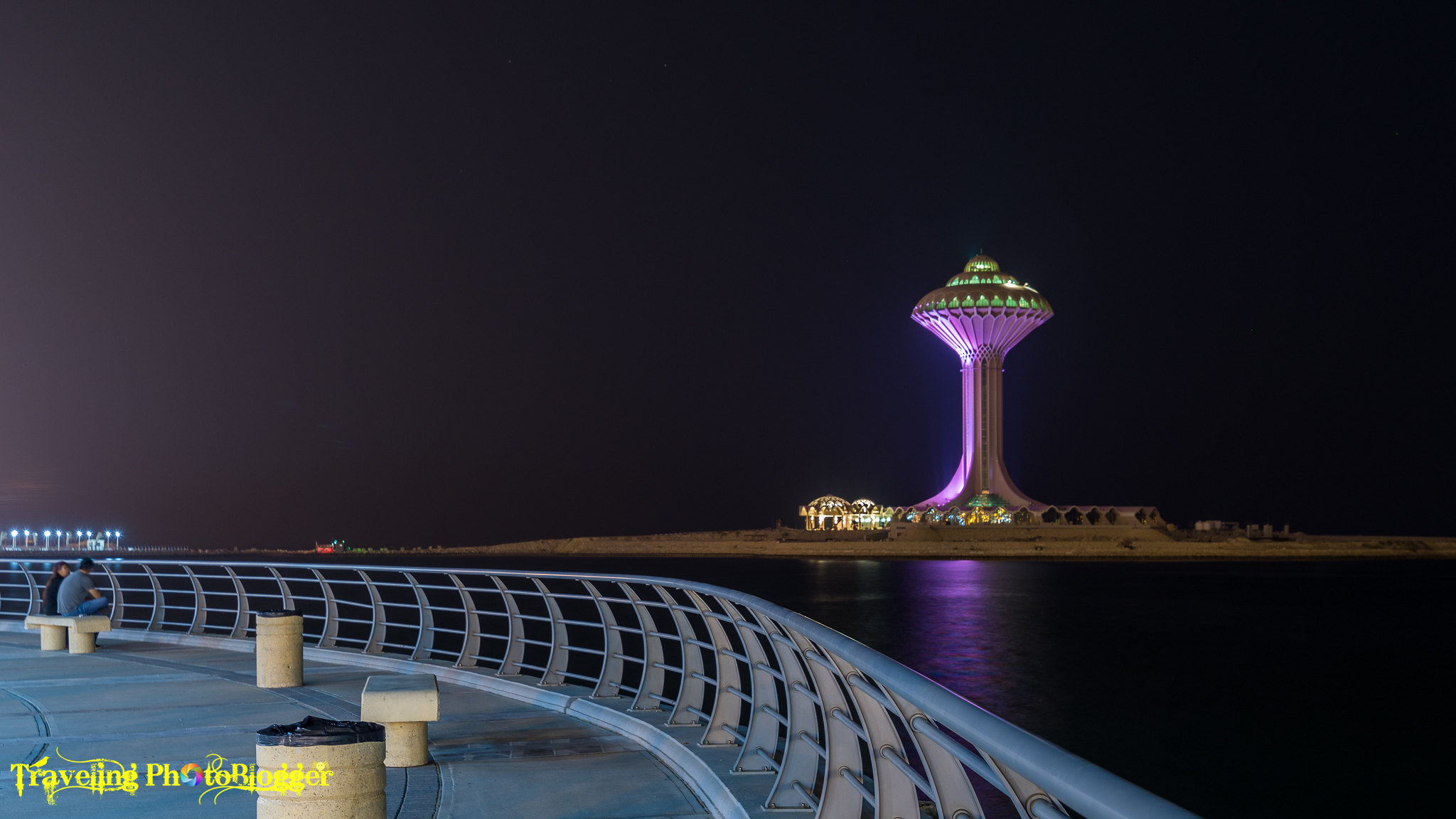 Modern buildings are also of best interest to visitors. In Riyadh is placed one of the highest skyscrapers of Saudi Arabia. Al-Faisal skyscraper was finished in 2000, its height is 267 meters. The ground part of the tower has thirty floors, another fourteen floors are underground. Nowadays, famous hotels occupy a high-rise building. At the extremely top in a spherical construction, is placed a valuable restaurants and provide a stylish view of the city.

This natural rocky formation is one of the most famous attractions in the Kingdom of Saudi Arabia and is placed approximately half an hour from the Riyadh capital city. The 300m high cliffs are reminiscent of the Grand Canyon in America, and a perfect place for viewing the sunset or sunrise, making it simple for people to understand where the term as far as the eye can view might have originated, given its wonderful, majestic views of the Sandy flatlands. Jebel Fihrayan is an amazing place for hikes and not something to be missed on your next tour to Saudi.

Discover more attractions, fun activities and the best things to do in Saudi Arabia.