Safari in Rwanda & Tips for Your Trip to Rwanda 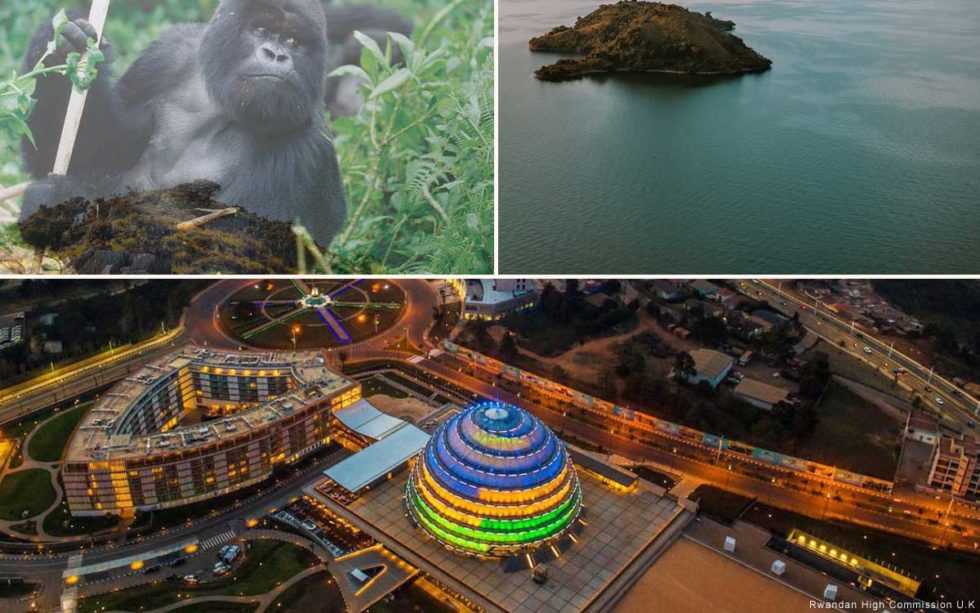 Rwanda is one of the most exciting destinations in Africa. This country has such wonderful aspect in every town, city, and the village. Not only the beautiful offers from the country, but you can also feel welcomed because the natives are kind-hearted. Rwanda is popular for its ecotourism objects. It has abundant national parks and nature conservation which you can visit to spend your quality safari in Rwanda and holidays with your family. It is easy to spot the endangered primates when you are trekking. The great apes are the iconic creatures that Rwanda offers.

The rainforest in Rwanda also hosts thirteen primates including chimpanzees, gorilas, and colobus monkeys. It is also a great destination for birds lovers since you will easily witness around 300 species of birds. Rwanda still manages the coastal vibe nearby Lake Kivu. The capital of Rwanda, Kigali, is the very first city you will need to visit since it represents the best of Rwanda. It does come with bars, restaurants, accommodations, shopping centers, and so on. You won’t regret your time visiting Rwanda holiday with your family.

Holidays and Safari in Rwanda Facts and Figures

History and Culture of Rwanda

Rwanda long history started from the 13th century when pastoral Tutsi tribes arrived from the south and took over the areas from Hutu and Twa inhabitants. They established a feudal kingdom with 18 different tribes, which became the Rwandan population.

King Kigeri Rwabuguri established the unified state back in the 19th century. But it only lasted until 1890. The Belgian came in the 1920s and forced the country to divide the population into three distinct groups.

Belgians sided with Tutsi minority to overcome Hutu. The feuds between Hutus and Tutsis continued and led to 100 days of the maleficent war. During the carnage, over a million Tutsis were killed. Meanwhile, a moderate number of Hutus were also murdered.

But now, the Hutus and Tutsis have reconciled. Despites the dark history of the country, Rwanda has become one of the most progressive countries in Africa.

Rwanda is a vibrant country which its citizens consist of different backgrounds and religions. They are Roman Catholic 57%, Protestant 26%, Adventist 11%, Islam 5%, indigenous beliefs 0.1%, none 2%. Despites the differences, people are living in harmony now. The official languages of Rwanda are French, English, Kinyarwanda. Meanwhile, folks often use Kiswahili to trade.

Highlights on Holidays and Safari in Rwanda / Tourist Attractions

Nyungwe Forest National Park features the Nyungwe Rainforest. It is a breath-taking prehistoric nature lover’s paradise. Offering steep ridges and deep valleys, the mountain rainforests host enormous species of chimpanzees and other dozen primates in the safari in Rwanda. There are also over thirty dozens of birds species that you can see and record in the area.

Lake Kivu is located within Nyungwe Forest. It offers such soothing and laid-back scape. Experts suggested this as an ideal place to unwind and relax.

Kigali, the cleanest city in Africa, is the capital city in Rwanda that you shouldn’t miss. It boasts the paved boulevards, local and international restaurants, stars accomodations, conventions, and so on. It is the heart in the country. It also has the Genocide Memorial Center.

Rwanda is also a popular destination because of its Volcanoes National Park. The Virunga Volcanoes offer the sights or rare Mountain Gorillas, as well as fruitful flora and fauna. You can spend an enormous time of your visit to enjoy the sight of Mountain Gorillas. Don’t forget to bring your camera to shoot some of the wonderful photos from safari in Rwanda. you can also see the birds and monkeys. If you are an outdoors lover, consider hiking Mount Sabyinyo. It will reward you with such wonderful experiences in tracking some of the bst flora and fauna in Rwanda.

Things to Do in Rwanda / Tourist Attractions

Whether you are planning to go alone, with a travel group, or with your family, you will want to enjoy the best of Rwanda. Save your time and see the recommendations of these Rwanda holidays tourist attractions.

Rwanda has abundant national parks which will spoil your eyes and heart when enjoying the fantastic sightseeing. There are a lot of animals besides the birds, chimpanzees, and gorillas.

Unwind in Lake Kivu and you will be wrapping your journey in Rwanda with the best experiences. The picturesque lake is too good to be missed. Make sure you have ample memory storage to take amazing pictures.

Gorilla Trekking has been the core of Rwanda tourism for decades. There is no such thing like safari in Rwanda close encounter experience like this in any other part of the world. Imagine how you feel when you can get inches away from these majestic creatures. It will be a fulfilling safari in Rwanda experience to share with your close people.

Rwanda has abundant national parks to visit. Here is a quick list:

It is slated as one of the oldest rainforests in Africa. The nyungwe national park is popular because of its beautiful views and abundant safari in Rwanda. Here you can find a dozen beautiful primates species.

Akagera National Park characteristics are unique from the woodland, savannah, wetland, as well as dozens of lakes.

It is such a gorgeous city with fantastic entertainment and places. People also go there for enjoying its friendly weather. You can also respect the country by seeing the genocide memorials and learn about the dark past of the country. Kigali’s nickname is “The Singapore of Africa”. Well, it does represent the fast developing city in which you can see from its clean city streets, sophisticated technology showcase, the metropolitan aspects, as well as speedy economic growth. Kigali’s skyline, infrastructure, and tourism objects are too great to be missed.

Huye or Butare is the cultural center of Rwanda. The modern name of the city is Huye. It provides various attractions from the National Museum of Rwanda, cathedral, architecture styles, and so on.

The site is near Lake Kivu, precisely along the shores of the lake. It boasts the resorts for both domestic and international visitors. When you stroll around the city, you will find fantastic architectural styles that tell a lot about Rwanda History.

It is a tiny city town that features the breath-taking views of hills and the centers of cultural and historical properties ofRwanda. There are also huge marketplaces which you can visit to find some interesting stuff.

It is the western provincial capital of Rwanda. For the beach goers, this city is for you.

Rwanda has been identified with nature conservation and eco-tourism. It has been an important safari in Rwanda destination for nature lovers, adventures, and avid animal lovers. There is always a reason to spend more time in Rwanda. One of them is to explore its wonderful nature.

Rwanda hosts various national parks which each hosts unique specifications and safari in Rwanda. Nyungwe Forest National Park, for instance, is popular because of its endangered primate species and colobus monkeys.

safari in Rwanda is also abundant. You can see a lot of animals species including buffalo, duiker, and various bird species.

Leisure Activities on Holidays and Safari in Rwanda

In lake buena areas, you will find a lot of camping spots wherein you do your companions are able to do certain activities like swimming or kayaking.

Congo Nile Trail is significant to the lake kivu length for 141 miles. This trail offers tons of outdoor activities including bike, hike, kayak, and others.

Gorilla trekking is one of the core safari in Rwanda activities that you can’t miss in Rwanda. You will see a lot of gorillas when trekking in Volcanoes National Park.

Kayaking is one of the most favorite leisure things to do in Rwanda. Consider visiting Gisenyi for this purpose.

Most folks in Rwanda live by farming. So, you can expect to taste fantastic dishes derived from healthy crops. The most popular crops are potato, maize, and cassava, which are also stapled foods for the Rwandans. Goat is the most popular meat. Besides the local dishes, you can also find some international dishes from European countries, Indian, Greek, Chinese, Italian, as well as middle eastern cuisines.

Speaking of the drink, you can easily find pubs, clubs, and restaurants who sell beers, spirits, and wines. The good thing here is that the beers are produced locally.

Rwanda is a tropical country. The higher temperature mostly happens in lower land. However, the lower temperatures often happen in the highland. Kigali, the capital of the country has a friendly temperature between 12 °C (54 °F) and 27 °C (81 °F). Basically, Rwanda is an all-year-round destination. You can’t go wrong with it.

The Kigali International Airport will be your arrivals.

The bus public transport has been operating for a while in Kigali. There are over five dozens licensed operators to offer bus transportation in national roads.

You can travel to Rwanda from Tanzania, as well as back-and-forth. The railway line happens between Isaka, Kigali, and Tanzania.

Active passport is the main term to enter Rwanda. The certificate of vaccination of yellow fever is required when you come back to your country.

Visa on arrival in Rwanda

Rwanda visas are attainable online and on arrival. It costs only $30 for 30 days. There are some countries which are not charged for visas. You’d like to see at your Rwandan embassy official page to know further information.